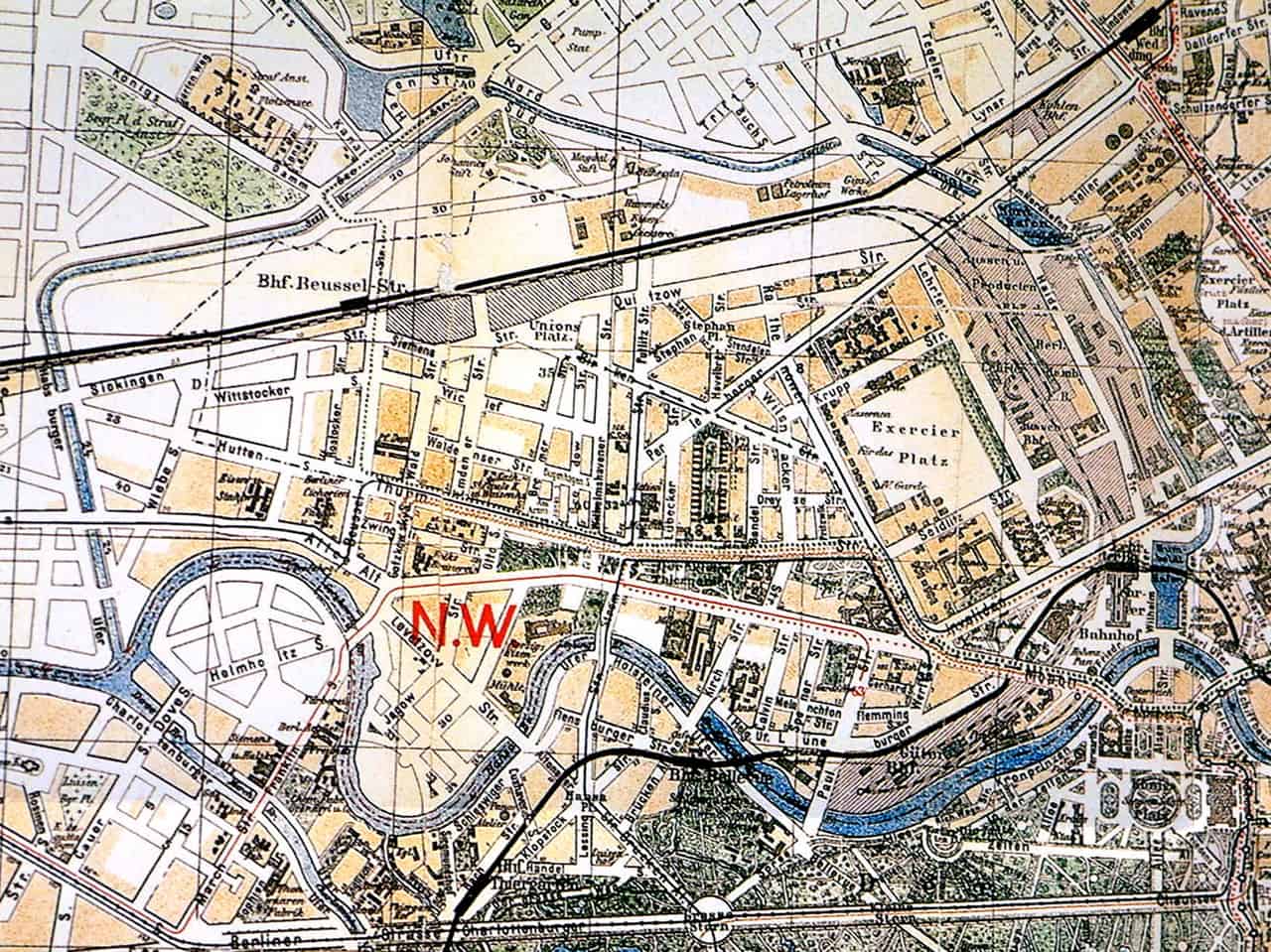 The map dates back to about 1900, a current one can be found e.g. at OpenStreetMap

The settlement of Moabit started in the beginning of the 18th century, when the Prussian king Frederick William I. offered a new homeland to Huguenots who had fled from France because of religious persecution. Their new residence was some few miles before the city of Berlin, at the banks of the river Spree. Like the Israelites stayed in the country of Moab, waiting for admission to Canaan, the Huguenots stayed here outside of Berlin. The analogy to the biblical story most probably gave origin to the name »Moabit«.

It was mainly in Moabit where the industrialization of Berlin took place. Initially factories were built in the very heart of Moabit, like Schumann’s porcelain works, August Borsig’s ironworks, and Bolle’s milk empire. Later new industries, like AEG and Carl Loewe, emerged in the west of Moabit, which until today remained an industrial zone. In the course of the industrialization, the population of Moabit exploded from about 7,000 inhabitants in 1860 to about 190,000 in 1910.

During the years of the division of Germany and Berlin, Moabit belonged to the peripherals of West-Berlin and was considered a very unattractive part of the town, with industries, a large harbour, a prison, a long border with East-Berlin, and a poor, working-class population. Nowadays, Moabit is in the centre of Berlin again, near to the federal government. The newly-built central railway station of Berlin is situated in Moabit.

Moabit now houses about 70,000 inhabitants of which almost thirty percent have a migration background. It still does not belong to the richer parts of Berlin, and probably never will do so. I lived here for almost thirty years, and I like my neighbourhood, or »Kiez«, as the Berliners say.